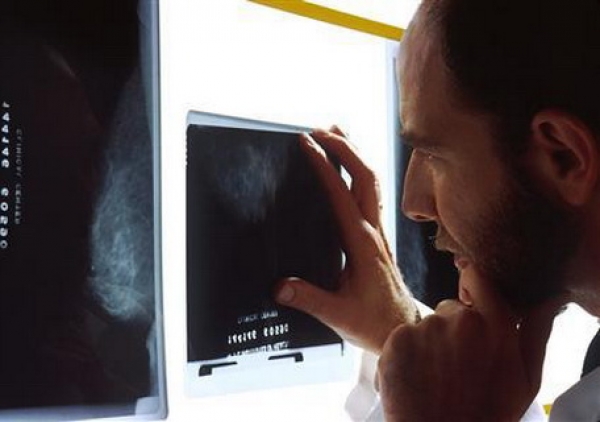 Breast Cancer
Breast cancer is one of the most common cancers in women worldwide. Early detection, timely breast cancer is extremely important because it can establish appropriate treatment and cancer cells can be eradicated.
Warning signs that should alert any woman to determine consult your doctor to prevent the development or worsening of a potential breast cancer are:

The role of breast ultrasound

Making breast ultrasound
The patient will be asked to undress clothes at the top of the body and remove any jewelry around his neck. I will apply a gel breast so that the transducer can provide images with sound waves. Image breast tissue can be visualized on a screen and is called a sonogram or ultrasound scan.
Breast ultrasound usually lasts between 15-30 minutes, but could take longer if there will be a biopsy or if it will make a more detailed examination of the breast.
Patient will not be because breast ultrasound results are not relevant, if present an open wound in the breast.

Risks and benefits
Benefits of breast ultrasound are:

Risks – For standard diagnosis made ​​by ultrasound echography no harmful effects on humans are involved.

Breast ultrasound uses sound waves that contribute to the formation of images of tissues inside the breast. Your doctor may perform ultrasound breast immediately after the test, and complete results are generally available in 1-2 days.
If breast ultrasound is normal, your doctor specifies that breast tissue is normal, and if the investigation is done in both breasts, the tissue should have similar appearance.
If breast ultrasound is abnormal, the doctor will indicate the presence of nodules. Fluid-filled nodules were foma uniform and formations which are cysts contain fluid. Once detected nodules and cysts, no further investigations are needed than if the cyst contains particles.

A breast biopsy guided by ultrasound, offers doctor can confirm whether a lump is benign suspect without any surgery. Breast ultrasound can be performed occasionally, instead of mammography, if the persons concerned have less than 30 years or if the woman should not be exposed to radiation because she is pregnant, for example.
A breast ultrasound does not replace mammography, but can be used to verify and analyze a problem diagnosed after mammography. It can also be used for women who have dense breast tissue.
Breast MRI is another type of test that can be used to investigate the health of the breast after surgery or to evaluate dense breast tissue. Breast MRI may be accompanied by mammography and breast ultrasound to analyze mammary nodules.