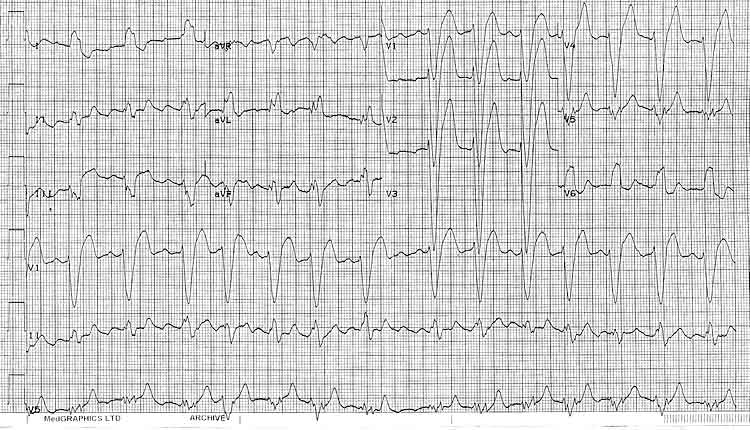 Of heart rhythm disorders, atrial fibrillation is the most common. Atrial fibrillation occurs when rapid and disorganized electrical signals from the two upper chambers of the heart called the atria, cause uneven and rapid contraction thereof. Therefore, blood is not pumped properly in the two lower chambers called ventricles of the heart, and the heart does not function properly.
In some of those with atrial fibrillation may not be present no symptoms, but others may see increased numbers heartbeat, chest pain, dizziness, fatigue, irregular heartbeat and fainting.

Until now, atrial fibrillation was attributed to one of these factors or a combination of them: hyperthyroidism, alcohol, pulmonary embolism, pneumonia and some cardiac conditions (ventricular wall expansion, coronary artery disease, hypertension, atrial, cardimiopatie, pericarditis.) .
Following research has demonstrated the presence of a correlation between obesity and fibriliatia fibrillation. Obesity is one of the underlying causes of many diseases, some of which are quite serious.

Influence of obesity on atrial fibrillation
Researchers have confirmed that obesity can modify the size and structure of the heart muscles and how they contract and work (including their electrical function). Fat cells are not just some fat accumulation, but also a risk factor underlying the occurrence of hypertension, and disruption of glucose and insulin levels, which can directly affect atrial and ventricular myocardium. Following a large-scale study, which analyzed and evaluated in heart health of women over 13 years found that women who were obese were faced with a 41% higher risk in developing atrial fibrillation compared with women who were not overweight. The same results were obtained from another study that has considered healthy women aged between 20 and 50 years, over five years. Compared to healthy weight women, those diagnosed with obesity had a double risk of developing atrial fibrillation, and those suffering from obesity in this risk had advanced three times higher. Both studies are relevant enough to support previous research that showed that one of the major risks for cardiovascular health is obesity. Although these studies have looked at the women, it is considered that the results were similar in men.

In conclusion, it proves that you have reviewed the causes manifestation of atrial fibrillation. This disease apparently is not specific older people being seen in all age groups. However, it is shown that atrial fibrillation more likely to be obese.

The role of obesity in causing atrial fibrillation
Atrial fibrillation is caused by electrical operation anaormala cardiac system, which triggers a rapid and disorganized in the upper chambers of the heart. In some cases, the exact cause of fibriatiei fibrillation is not known, but we know exactly that older age associated with some conditions that can affect heart health are among the main risk factors. Among cardiovascular disease that may underlie the manifestation of atrial fibrillation include:

Remember that atrial fibrillation and obesity are risk factors whose combination can cause stroke.