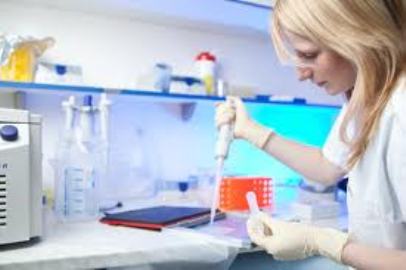 Normally in human faeces found no blood. Only in some diseases of the digestive tract that cause bleeding (hemorrhage) as gastric ulcer, duodenal ulcer, enteritis, colitis, blood appears in the stool. When the hemorrhage is large and comes from the upper digestive tract (stomach, intestine) seat has a blackish appearance due to blood or digesting.
If bleeding comes from the lower intestine (hemorrhoids) when blood is not digested and the seat appears red. In cases where bleeding is small (occult bleeding), even if it’s permanent seat seems colorful and in this situation only if the laboratory can indicate blood in the stool.

Collection of samples
In view of this analysis suspected bleeding should follow proper procedures, for 3 days of doctor prescribed diet consisting of milk, cheese, pasta and potatoes. Take off from eating any meat, eggs, green vegetables and will not take any medicine.
After this time will yield a quantity of faeces as a walnut, which will be transported to the laboratory in a plastic container. Faeces should not be in contact with iron pots or containers.
It is good for people who have hemorrhoids that bleed, inform the doctor about this, because in this case the result of the analysis has no value. Also, people who will avoid bleeding gums brush their teeth before analysis, as swallowed blood can alter the outcome of the analysis.