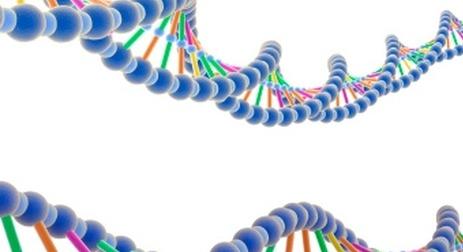 Did you know if close relatives (siblings, parents, grandparents) were diagnosed with colon cancer and you’re in danger of developing the disease?
Now you can find with a simple genetic test or not if you’re prone to colon cancer. Check predisposition genetic test for colon cancer, and is recommended for people with a family history of colon cancer.The disease occurs in men and women. Few people know that in Europe, is the first cause of mortality, and the second most common cancer among.
Colon important part of the digestive system plays an important role in the absorption of nutrients, minerals and water in the body. Colon cancer is a tumor disorder that develops in the large intestine and endangers the patient’s life.
Over 80% of colon cancers are formed from adenomatous polyps. Adenomatous polyps are often hard to detect, which delay the correct diagnosis.

Symptoms
Colon cancer symptoms are not always obvious. In the early stages, patients do not show hardly any sign, they appear only in advanced stages, as the disease progresses.
Early detection of the disease is crucial for health. Diagnosed early, more than 90% of patients can be cured.
Being a disease “hidden” in the beginning, a genetic predisposition test may be helpful: symptoms of the disease can be prevented and the patient will have a normal life.

Genetic causes
Much of colon cancers are caused by mutations that are inherited – Genetic mutations are changes that can be transmitted from parent to child.
The majority of cancers occur in people with a family history. Those who have more than one first degree relative (parents, siblings) diagnosed with colon cancer at high risk. Showed a relative risk increases if the disease before 50 years.
The genetic test determines whether a person has one of the most common mutations associated with colon cancer. If you discover the presence of such mutations will take timely measures to prevent or treat disease. The two most common types of colon cancer are familial adenomatous polyposis (FAP) and Lynch syndrome, also known as non-polyposis colorectal cancer hereditary (HNPCC).

Familial adenomatous polyposis
It is caused by mutations in the APC gene, which normally acts to stop the growth of tumors. APC gene mutations can be inherited from both parents. People who have mutations and do not know this, is likely to have colon cancer around the age of 45 years. FAP gene mutations increase the risk for other cancers: stomach, thyroid, pancreatic, liver.
Hereditary non-polyposis colorectal cancer (HNPCC)
It is also known as Lynch Syndrome. 50-80% of people who inherit mutations in certain genes abnormal develop the disease up to 45 years. HNPCC is caused by mutations in the genes MLH1, MSH2, MSH6 and PMS2. Their presence is associated with other forms of cancer: ovarian, uterine, liver, urinary tract and central nervous system.
Laboratory GGA – Galil Genetic Analysis introduced a test innovative NGS panel for colon cancer, which analyzes 16 genes associated with these types of colon cancer: BMPR1A, CDK4, CDKN2A, GALNT12, GREM1, EpCAM, MLH1, MSH2, MSH6, MYH, PMS2, PRSS1, RET, SMAD4, VHL.

Prevention
Colon cancer is one of the most common cancers and also, most easily preventable. Laboratory GGA – Galil Genetic Analysis has developed a genetic test for colon cancer panel, which examines the 14 most common mutations in three genes (MYH, MSH2 and MSH6) responsible for the most common types of cancer genetics.
Eastern determines whether mutations are present or the patient. When mutations are identified, the risk of developing the disease increases significantly. The purpose is to intervene in time to prevent or ameliorate the disease. We should first test whether there were cases of colon cancer in the family: siblings, parents, grandparents.

Advantages of a genetic test
Early diagnosis in hereditary colon cancer case can be made by genetic testing that not only identify predisposition to these diseases, and diagnose and determine the optimal treatment. There is no risk to the patient because DNA is harvested either from saliva or a blood sample.